Release of 1 or 2 stable soybean varieties in each region 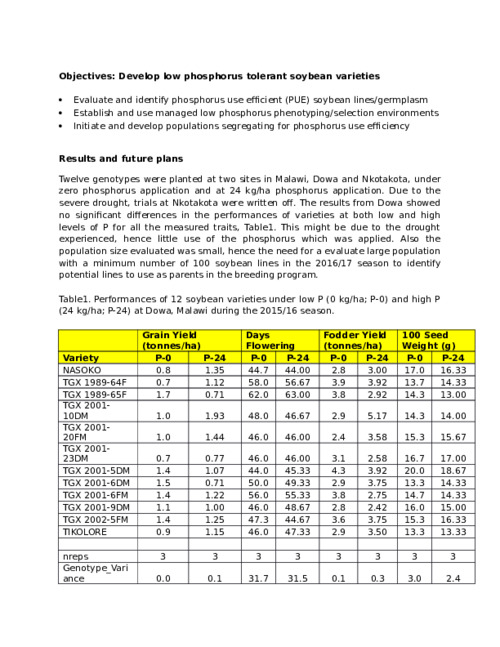 Twelve genotypes were planted at two sites in Malawi, Dowa and Nkotakota, under zero phosphorus application and at 24 kg/ha phosphorus application. Due to the severe drought, trials at Nkotakota were written off. The results from Dowa showed no significant differences in the performances of varieties at both low and high levels of P for all the measured traits, Table1. This might be due to the drought experienced, hence little use of the phosphorus which was applied. Also the population size evaluated was small, hence the need for a evaluate large population with a minimum number of 100 soybean lines in the 2016/17 season to identify potential lines to use as parents in the breeding program.