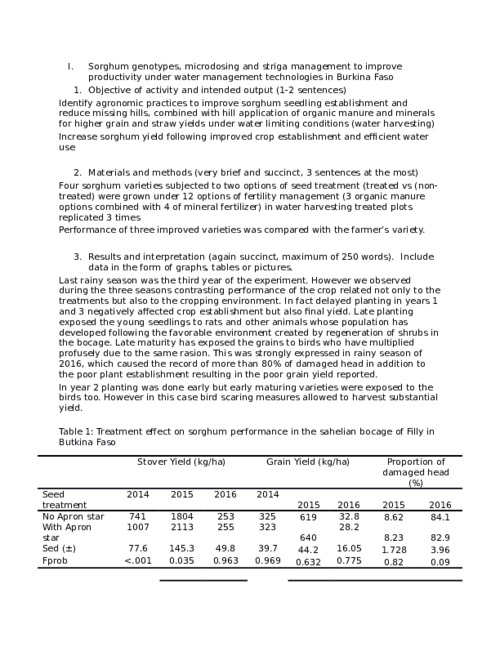 Last rainy season was the third year of the experiment. However we observed during the three seasons contrasting performance of the crop related not only to the treatments but also to the cropping environment. In fact delayed planting in years 1 and 3 negatively affected crop establishment but also final yield. Late planting exposed the young seedlings to rats and other animals whose population has developed following the favorable environment created by regeneration of shrubs in the bocage. Late maturity has exposed the grains to birds who have multiplied profusely due to the same rasion. This was strongly expressed in rainy season of 2016, which caused the record of more than 80% of damaged head in addition to the poor plant establishment resulting in the poor grain yield reported.