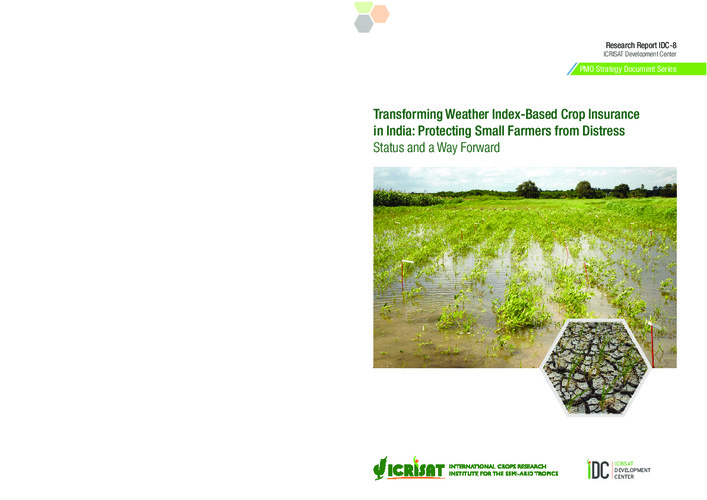 In India, agriculture contributes 14% of the GDP and employs 54% of the workforce (NCAER 2013). It accounts for 8.56% of the country’s exports. Despite agriculture’s steady decline in share in the GDP, it remains the largest economic sector and plays a significant role in the country’s overall socioeconomic development. However, agriculture is fundamentally a risky economic activity, particularly for small and marginal farm households because the climate risks, including aberrant rainfall, and natural calamities and input risks have a significant impact on yields. Low investment potential combined with poor coping ability render farming households vulnerable to debt and poverty traps in the face of adverse weather shocks. It is estimated that about 60% of the variation in yield can be attributed to various weatherrelated shocks. Since 70% of crop production in India is subject to the vagaries of the monsoon, crop insurance has been in existence through many public sector insurance companies for decades. Different agricultural insurance products have been tried out on a limited, adhoc and scattered manner...