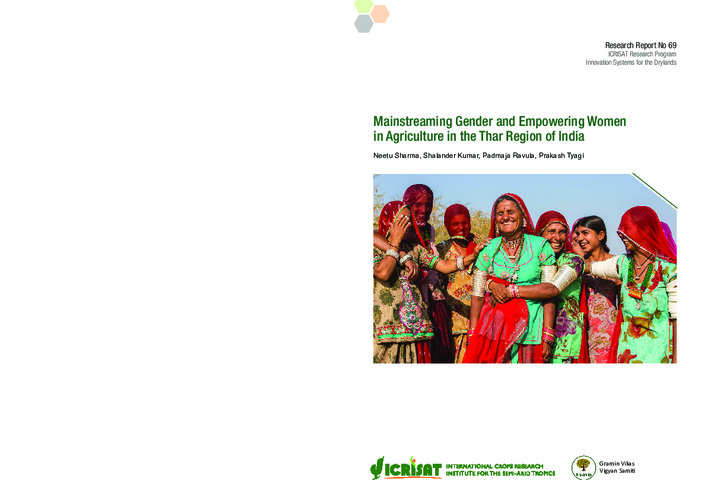 Social inequities based on gender norms reinforce nonparticipation of women in decision making at various levels, consequently depriving them of the benefits arising out of any technological advances. These advances could be in all fields in general, and in particular financial services. Integration of a gender responsive approach in all development initiatives assumes great importance in the context of economic relations in an agrarian economy. Despite the fact that women contribute immensely to agriculture and allied activities and consequently to food security, rural economy and development, their contributions go largely unrecognized. The need to empower women and mainstream gender in agriculture is necessary not only due to the extent and importance of their contribution but also for ensuring creation of equitable economic relations and progressive social milieu. This is important to build capacity of the large human capital (women) supporting agricultural production, marketing and consumption. As part of the CGIAR Research Program on ‘Dryland Systems: Integrated Agriculture Production System for the Poor and Vulnerable in Dry Areas’, ICRISAT in collaboration with GRAVIS, has implemented a project in eight randomly identified villages in three districts Barmer, Jaisalmer and Jodhpur in western Rajasthan. The program is aimed at developing technological, policy and institutional innovations to improve food security and livelihoods using an integrated systems approach. The project reaches out directly to more than 3000 poor rural farming households, about 11% of which are headed by women...