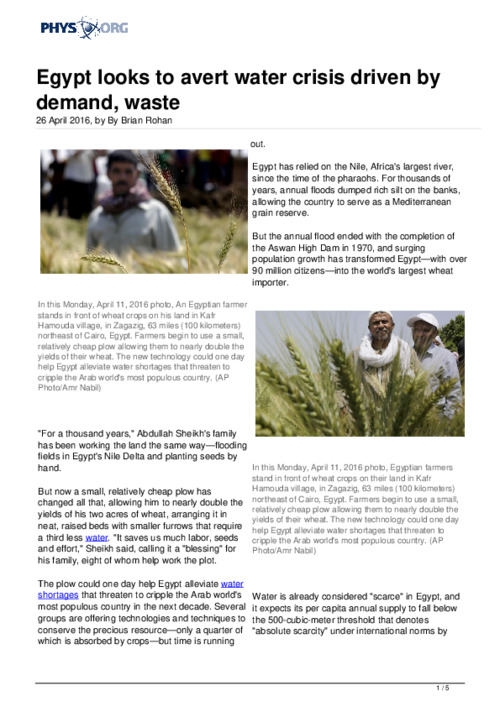 Egypt has relied on the Nile, Africa's largest river, since the time of the pharaohs. For thousands of years, annual floods dumped rich silt on the banks, allowing the country to serve as a Mediterranean grain reserve. But the annual flood ended with the completion of the Aswan High Dam in 1970, and surging population growth has transformed Egypt—with over 90 million citizens—into the world's largest wheat importer. Water is already considered "scarce" in Egypt, and it expects its per capita annual supply to fall below the 500-cubic-meter threshold that denotes "absolute scarcity" under international norms by 2025, from some 600 cubic meters today.