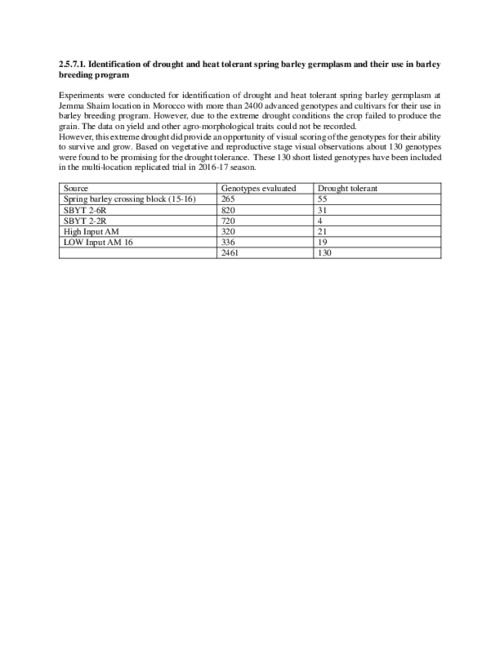 Ramesh Pal Singh Verma. (14/2/2017). Identification of drought and heat tolerant spring barley germplasm and their use in barley breeding program.

Experiments were conducted for identification of drought and heat tolerant spring barley germplasm at Jemma Shaim location in Morocco with more than 2400 advanced genotypes and cultivars for their use in barley breeding program. However, due to the extreme drought conditions the crop failed to produce the grain. The data on yield and other agro-morphological traits could not be recorded. However, this extreme drought did provide an opportunity of visual scoring of the genotypes for their ability to survive and grow. Based on vegetative and reproductive stage visual observations about 130 genotypes were found to be promising for the drought tolerance. These 130 short listed genotypes have been included in the multi-location replicated trial in 2016-17 season.