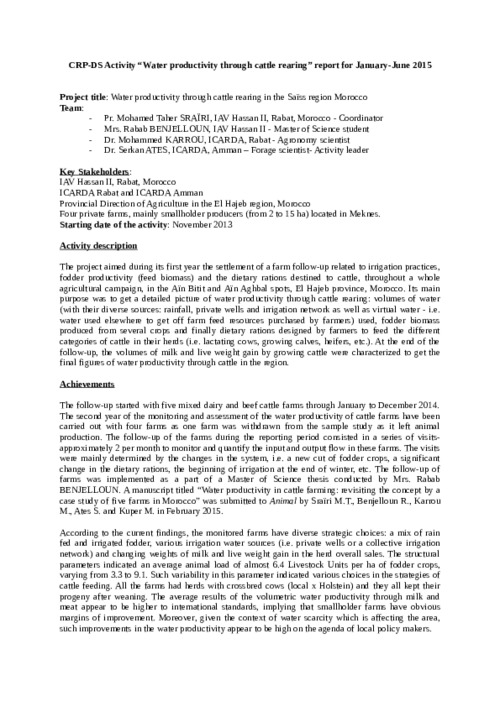 The project aimed during its first year the settlement of a farm follow-up related to irrigation practices, fodder productivity (feed biomass) and the dietary rations destined to cattle, throughout a whole agricultural campaign, in the Aïn Bitit and Aïn Aghbal spots, El Hajeb province, Morocco. Its main purpose was to get a detailed picture of water productivity through cattle rearing: volumes of water (with their diverse sources: rainfall, private wells and irrigation network as well as virtual water - i.e. water used elsewhere to get off farm feed resources purchased by farmers) used, fodder biomass produced from several crops and finally dietary rations designed by farmers to feed the different categories of cattle in their herds (i.e. lactating cows, growing calves, heifers, etc.). At the end of the follow-up, the volumes of milk and live weight gain by growing cattle were characterized to get the final figures of water productivity through cattle in the region.