Study of some genetic indices for yield and it's component in some hybrids of faba bean (Vicia faba L.) 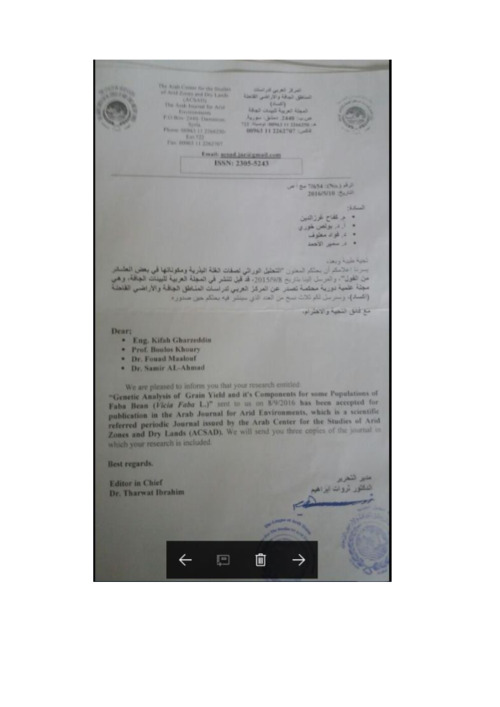 The half diallel set of crosses among six inbred lines of faba bean was performed at Terbol Research station, International Center for Agricultural Research in The Dry Areas (ICARDA), Lebanon. during 2013-2014 growing season, the resulted crosses and their parents were evaluated in 2014-2015 to 3 study the genetic indices: heterosis, correlations among traits and path coefficient analysis for grain yield and it's components, days to flowering and protein content. the results was indicated that heterosis compared to mid and better parents was significant for all traits in all crosses under research, Heterosis effects for grain yield varied between 14.3% -184.55% and 0.84% - 176.31% relative to mid and better parents respectively. Correlation coefficients between traits indicated that grain yield was positively and significantly associated with pods per plant (0.947**), protein content (0.328**) and seeds per pod (0.257**), negatively and significantly associated with days to flowering (- 0.265* ). The path coefficient analysis estimates showed that pods per plant, days to flowering and protein content can be considered as the most important contributed characters in grain yield variation.