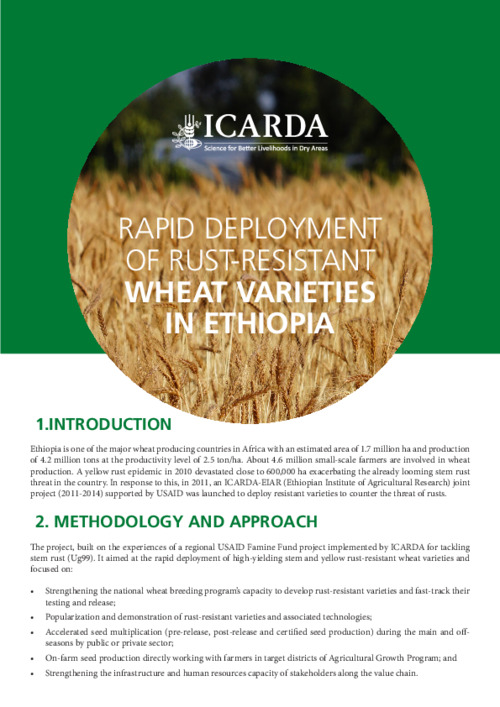 Ethiopia is one of the major wheat producing countries in Africa with an estimated area of 1.7 million ha and production of 4.2 million tons at the productivity level of 2.5 ton/ha. About 4.6 million small-scale farmers are involved in wheat production. A yellow rust epidemic in 2010 devastated close to 600,000 ha exacerbating the already looming stem rust threat in the country. In response to this, in 2011, an ICARDA-EIAR (Ethiopian Institute of Agricultural Research) joint project (2011-2014) supported by USAID was launched to deploy resistant varieties to counter the threat of rusts.