Massive Shift in Gene Expression during Transitions between Developmental Stages of the Gall Midge, Mayetiola Destructor 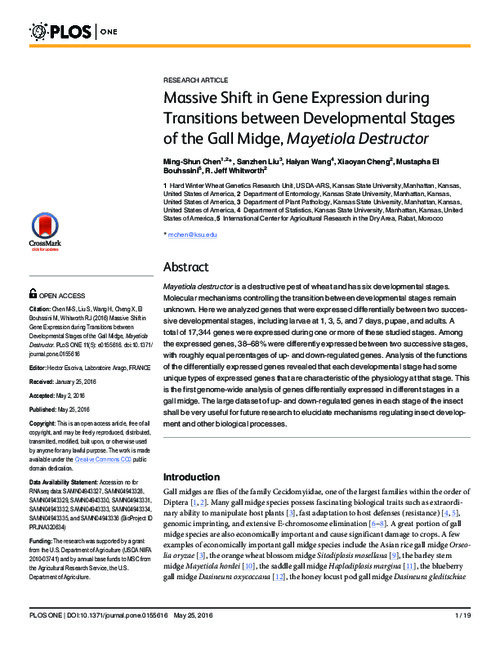