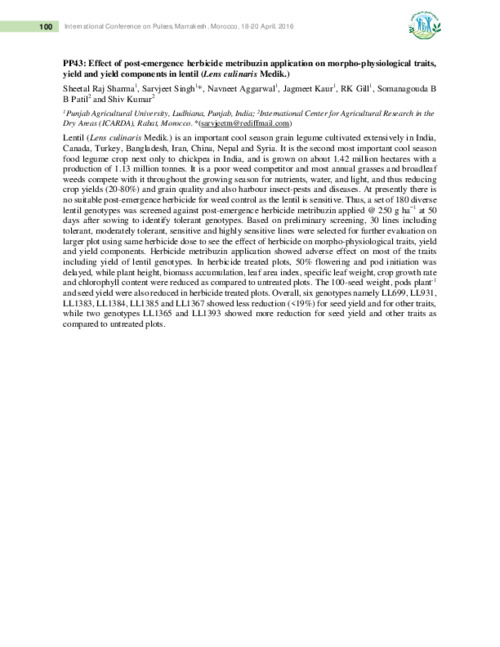 Lentil (Lens culinaris Medik.) is an important cool season grain legume cultivated extensively in India, Canada, Turkey, Bangladesh, Iran, China, Nepal and Syria. It is the second most important cool season food legume crop next only to chickpea in India, and is grown on about 1.42 million hectares with a production of 1.13 million tonnes. It is a poor weed competitor and most annual grasses and broadleaf weeds compete with it throughout the growing season for nutrients, water, and light, and thus reducing crop yields (20-80%) and grain quality and also harbour insect-pests and diseases. At presently there is no suitable post-emergence herbicide for weed control as the lentil is sensitive. Thus, a set of 180 diverse lentil genotypes was screened against post-emergence herbicide metribuzin applied (250 g/ha) 50 days after sowing to identify tolerant genotypes.