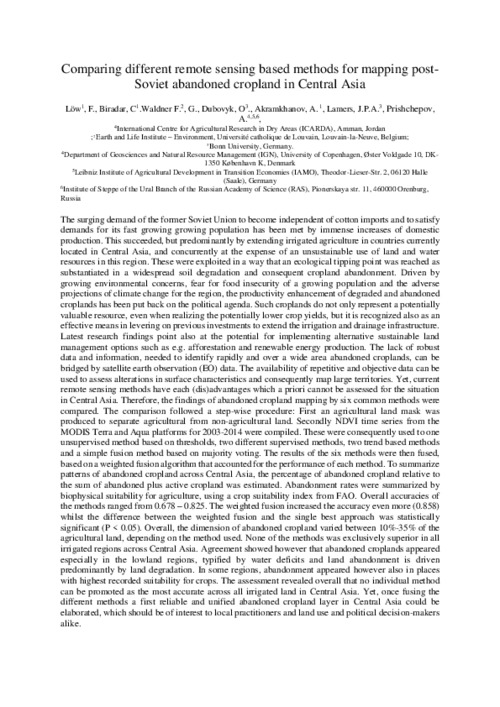 The surging demand of the former Soviet Union to become independent of cotton imports and to satisfy demands for its fast growing population has been met by immense increases of domestic production. This succeeded, but predominantly by extending irrigated agriculture in countries currently located in Central Asia, and concurrently at the expense of an unsustainable use of land and water resources in this region. These were exploited in a way that an ecological tipping point was reached as substantiated in a widespread soil degradation and consequent cropland abandonment. Driven by growing environmental concerns, fear for food insecurity of a growing population and the adverse projections of climate change for the region, the productivity enhancement of degraded and abandoned croplands has been put back on the political agenda.