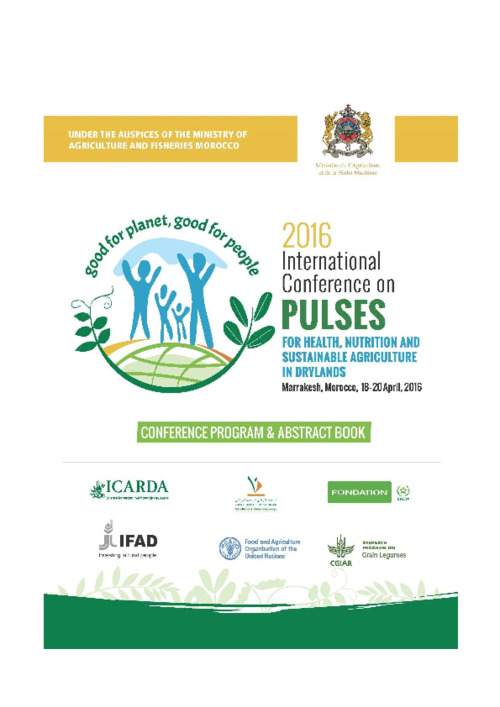 Crop residues (CR) are dual purpose resources in mixed crop-livestock systems of the Ethiopian highlands. They serve as animal feed, income sources and inputs for soil and water conservation. However, multiple uses are two competing functions. Characterization of the determinants of use intensity of cereal crop residue (CCR) and legume crop residue (LCR) help in designing strategies for more efficient utilization. Data on CR utilization were collected from 160 households in two highland regions in Ethiopia using a structured questionnaire and were analyzed using multivariate Tobit model. The results showed that farmers prefer using LCR to CCR for feed. The proportion of LCR used as feed was increased by education level of the farmer, livestock extension service, density of small ruminants and CR production from the previous season. Distance of farm plots from residences of the farm households decreased the use of CCR and LCR as feed. The use of LCR as feed increased when women participated in decision making on CR utilization. The proportion of LCR and CCR used for mulch was positively affected by the education of the farmer, the distance between the homestead and the cultivated land, extension service, awareness about mulch, the slope of cultivated land, farmer-to-farmer extension and CR produced in the preceding season. Better utilization of CR could be achieved by maximizing the use of LCR as feed and optimizing the use of CCR as mulch. Increasing the awareness among farmers about the use of CCR as mulch and the superiority of the LCR over CCR as feed could optimize the utilization of CR in the household. That could be achieved by conducting on-farm trials which show the difference in feeding value between CCR and LCR, livestock and crop extension provision, and encouraging informal social networks. More livestock extension on the feeding value of LCR should be provided to the farmers who cultivate sloppy plots. Encouraging the culture of labor exchange among the farmers could result in increased labor availability on the farms. This would facilitate the transport and storage of LCR and increase its use as feed.