Responsiveness of chickpea to climate change 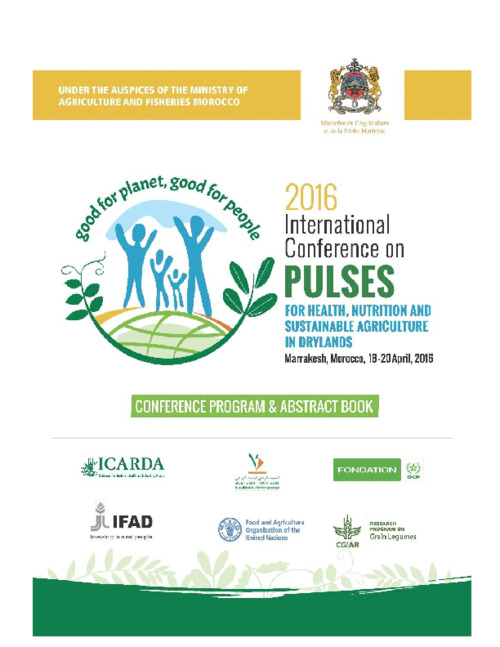 Appropriate changes in the genetic options are needed to cope up with the changing climate and farming system to ensure food security and sustainable cereal production for the ever growing populations in developing world. Among the food legumes, chickpea is one of the key commodity for nutritious foodbasics with high protein contents and is consumed by large population of across the Mediterranean and South Asia regions in various forms. Knowledge of the association of chickpea yield with the climatic factors is important in identifying and modifying the climate resilient traits of chickpea. Using systematic research data collected from 1996-97 to 2013-14 at Tel Hadya, Syria and Terbol, Lebanon on grain yield, potential yield estimated from the response of highest yielding genotype, and yield from the local checks, correlations were made and the result showed that the average May maximum daily temperature was the most influential factor on the average yield productivity as well as the potential productivity chickpea genotypes. An additional variable which improved the prediction model was number of frost days during March for average yield and average minimum temperature during April for the potential yield