Development of tools, technologies and platforms for genotyping, sequencing and informatics in legumes 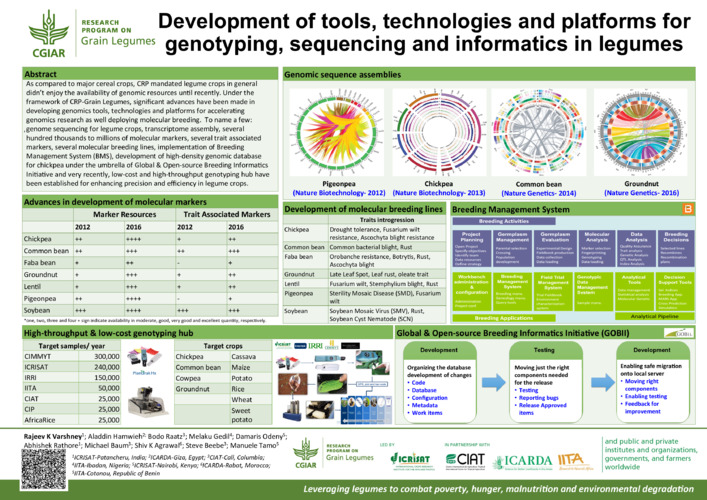