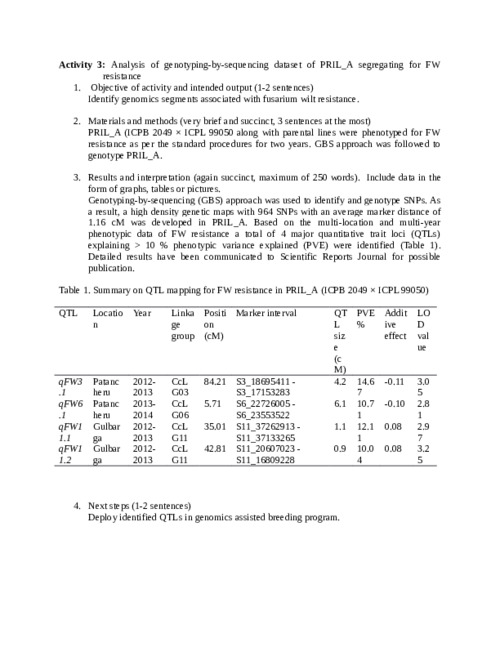 Genotyping-by-sequencing (GBS) approach was used to identify and genotype SNPs. As a result, a high density genetic maps with 964 SNPs with an average marker distance of 1.16 cM was developed in PRIL_A. Based on the multi-location and multi-year phenotypic data of FW resistance a total of 4 major quantitative trait loci (QTLs) explaining > 10 % phenotypic variance explained (PVE) were identified (Table 1). Detailed results have been communicated to Scientific Reports Journal for possible publication.