Management of water and salinity in the Nile Delta: A cross-scale integrated analysis of efficiency and equity issues 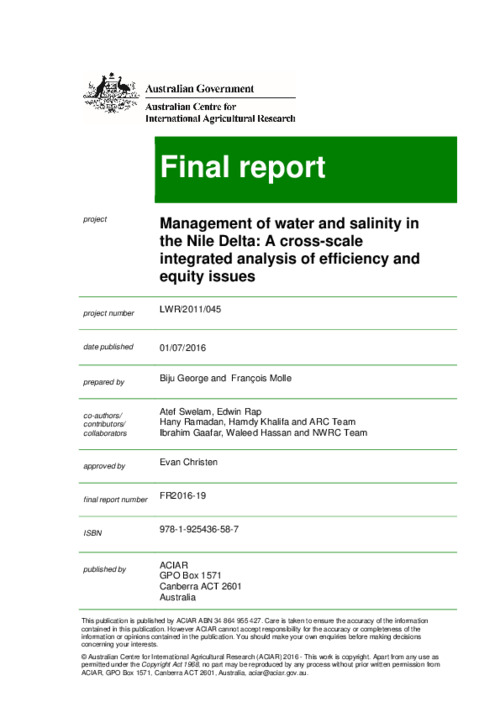