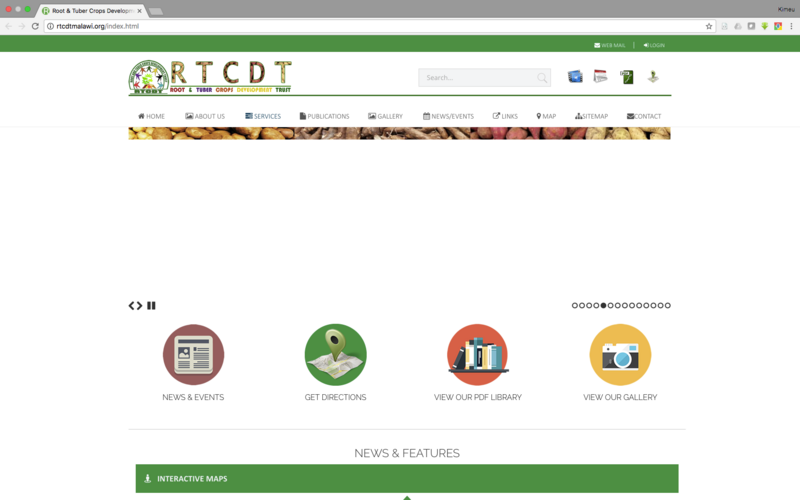 The Malawi Government has been recognizing the importance of cassava, potato and sweetpotato as reflected in the 2006-2011 Malawi Growth and Development Strategy (MGDS) and in the 2011-2015 Agricultural Sector Wide Approach (ASWAp). Also, farmers, non-governmental organisations, private sector enterprises, universities, research and other international institutions and development partners have emphasized the key roles that these crops play in various sectors in Malawi. All these stakeholders, therefore, have been involved independently in carrying out programs and projects geared towards meeting the goals of the MDGS through being engaged in root and tuber crops value chains activities, both at local and national levels. Unfortunately, most of these initiatives were fragmented and disjointed and consequently their impacts were hardly felt and promising potentials could not be put to practice. It was against this background and the serious need to strengthen linkages and coordinate relevant stakeholders of root and tuber crops production and productivity, value addition and marketing that the Root and Tuber Crops Innovation Platform (RTCIP), was formed in 2010. Its founding stakeholders included International Potato Centre (CIP), International Institute of Tropical Agriculture (IITA), Ministry of Agriculture, Irrigation and Water Development (MoAIWD) through Department of Agricultural Research Services (DARS) and Department of Agricultural Extension Services (DAES), Research Into Use (RIU), University of Malawi represented by Bunda and Chancellor colleges, as well as FAO and representatives of farmers and various NGO. Other institutions and projects, like RLEEP(Rural Livelihoods and Economic Enhancement Programme) and AGRA (Alliance for a Green Revolution in Africa), joined the initiative during the meetings and first activities during the years between 2010 and 2013. In 2014, this up to then loosely organized Platform gathered strength by further defining its role and responsibility and by identifying major challenges of the root and tuber crops sector to be resolved. RLEEP's commitment to the RTCIP was soon transformed into an institutional agreement of financing initial operations and a full time coordination position (starting in March 2015), other development partners like GIZ and Irish Aid also committed to supporting the Platform and its evolution into a legal and fully functional entity. Thus began the transformation towards a legally established Trust in late 2015 with the election of a Board of Trustees by the General Assembly of Stakeholders and the finalization of a constitution which was submitted for legal registration to the Registrar General and the Minister of Justice, a process that was finalized with the issueing of the legal certificate of registration in June, 2016.