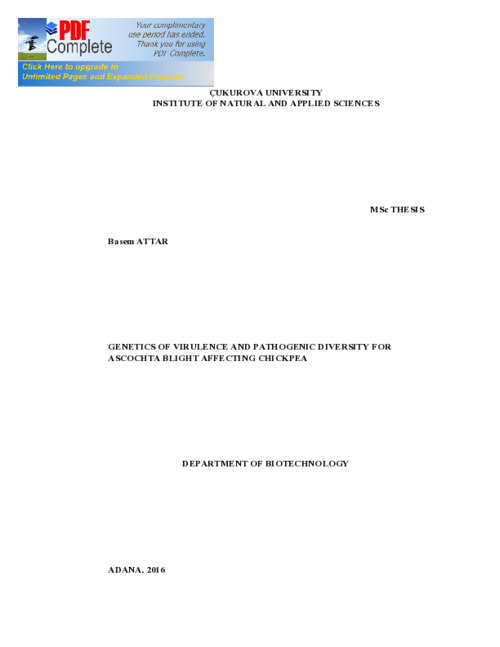 This research was conducted to study the inheritance of virulence, mating type distribution, pathogen diversity for Ascochyta rabiei affecting chickpea, and to screen sub set chickpea accessions against the highly virulent pathotype IV. Inheritance of virulence was studied by doing crosses between pathotypes three crosses were made and 20 progenies per cross were tested on susceptible and resistant chickpea genotypes, chi square test showed that inheritance of virulence was controlled by single gene. Mating type distribution for 78 isolates collected from four countries was investigated by using MAT-specific primers, and the study showed no significant deviation from 1:1 ratio. Pathogen diversity for 96 isolates collected from four countries was studied studied by using eight SSR primers , the study showed highly genetic diversity between the isolates. Finally the reaction of 200 chickpea genotypes against pathotype IV the highly virulent pathotype was studied and just one genotype showed moderately resistant reaction.