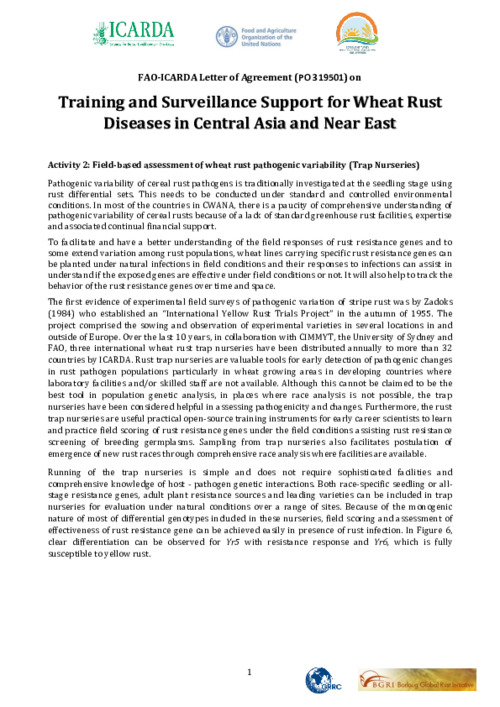 Under the FAO-ICARDA initiative on Training and Surveillance Support for Wheat Rust Diseases, 132 sets of International Rust Trap Nurseries of yellow, stem, and leaf ruts was distributed to the 10 supported countries. The wheat rust trap nurseries comprised of standard differential sets for yellow, stem, and leaf rusts, rust monogenic-single gene lines, commercial and historical cultivars from the region and also source of adult-plant resistance genes which can only be assessed at adult-plant stage. Depending on the appearance of rust infections, national collaborators have collected field response data of the differential genotypes and commercial cultivars. These data show differences or similarities in field responses of rust resistance genes in different locations, which may imply the similarity or difference between the rust populations in different geographical locations. This has been complemented in some of the countries with the support of race typing at national rust laboratories and the support of the current collaboration with the GRRC at the University of Aarhus, Denmark.