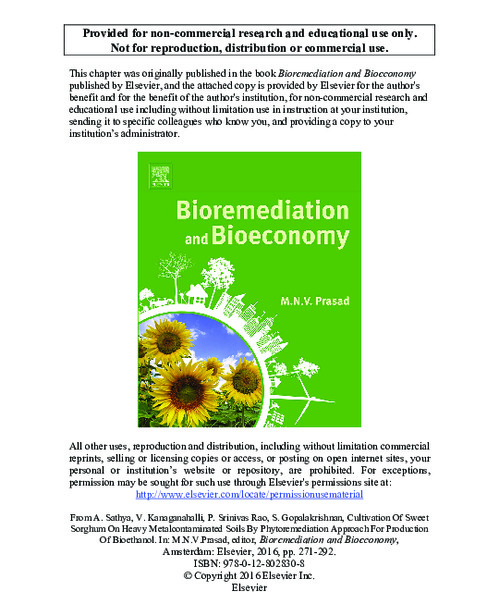 The term heavy metal (HM) has a wide range of meanings, and there has been no consistent definition by any authoritative body such as International Union of Pure and Applied Chemistry (IUPAC) over the past 60 years. But over the past 2 decades, this term has been used by numerous publications and legislations for indicating a group name for metals or semimetals that cause human, phyto, animal, and also ecotoxicity. Though the imprecise term is defined by several researchers at various levels including density, atomic number, atomic weight, chemical properties, and toxicity, there is no connectivity between these properties. Since this chapter deals with bioremediation aspects, HMs causing human and ecotoxic effects were considered further. Three kinds of HMs are of concern, including toxic metals (Hg, Cr, Pb, Zn, Cu, Ni, Cd, As, Co, Sn, etc.), precious metals (Pd, Pt, Ag, Au, Ru, etc.), and radionuclides (U, Th, Ra, Am, etc.)...