Downy Mildew of Pearl Millet and its Management 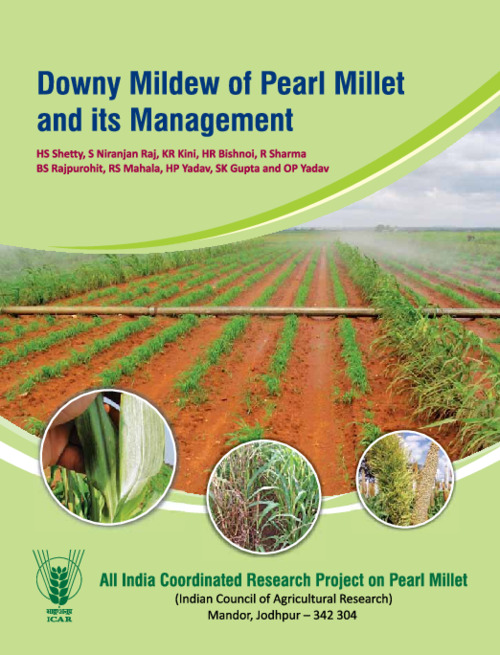 Pearl millet (Pennisetum glaucum [L.] R. Br.) is the third most important rainfed cereal crop of India grown over 9 million hectares with an annual production of 9.5 million tonnes (Yadav and Rai, 2013). Globally, it is the sixth most important cereal grain cultivated on more than 30 million hectares which accounts for approximately 50% of world’s millet production. Though the most of the crop area is in Asia (>10 m ha) and Africa (about 18 m ha), pearl millet cultivation is being expanded in some of the nontraditional areas, with Brazil having the largest area (about 2 m ha). It is also being experimented as a grain and forage crop in the USA, Canada, Mexico, the West Asia and North Africa (WANA), and Central Asia. Pearl millet, being a C4 plant, has a very high photosynthetic efficiency and dry matter production capacity. It is usually grown under the most adverse agroclimatic conditions where other crops like sorghum and maize fail to produce economic yields. Besides, pearl millet has a remarkable ability to respond to favourable environments because of its short developmental stages and capacity for high growth rate, thus making it an excellent crop for short growing seasons under improved crop management...