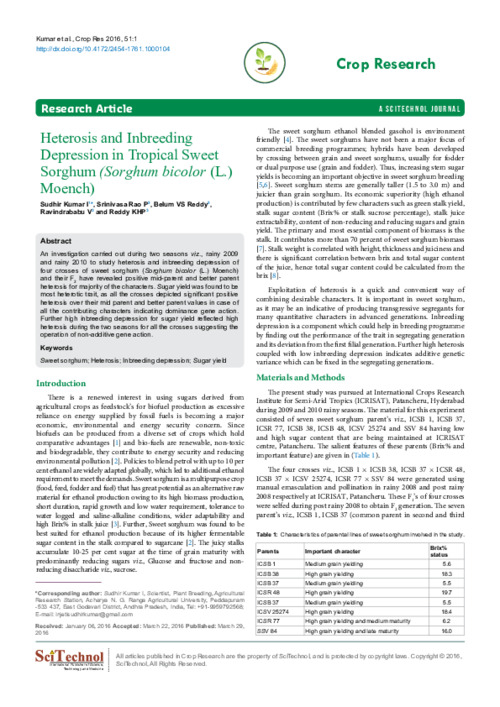 An investigation carried out during two seasons viz., rainy 2009 and rainy 2010 to study heterosis and inbreeding depression of four crosses of sweet sorghum (Sorghum bicolor (L.) Moench) and their F2 have revealed positive mid-parent and better parent heterosis for majority of the characters. Sugar yield was found to be most heterotic trait, as all the crosses depicted significant positive heterosis over their mid parent and better parent values in case of all the contributing characters indicating dominance gene action. Further high inbreeding depression for sugar yield reflected high heterosis during the two seasons for all the crosses suggesting the operation of non-additive gene action