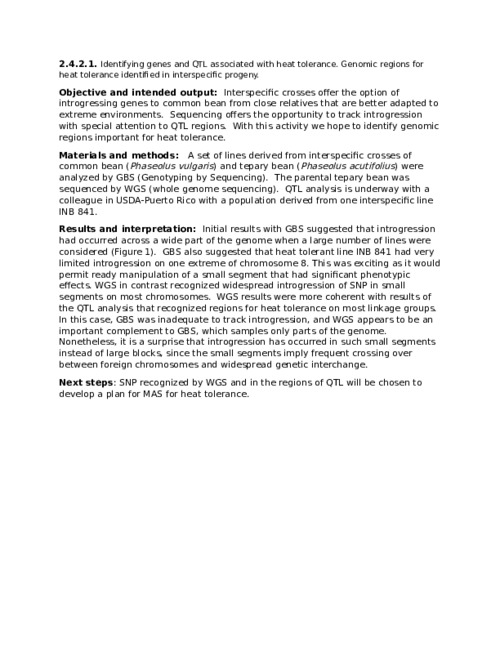 Initial results with GBS suggested that introgression had occurred across a wide part of the genome when a large number of lines were considered (Figure 1). GBS also suggested that heat tolerant line INB 841 had very limited introgression on one extreme of chromosome 8. This was exciting as it would permit ready manipulation of a small segment that had significant phenotypic effects. WGS in contrast recognized widespread introgression of SNP in small segments on most chromosomes. WGS results were more coherent with results of the QTL analysis that recognized regions for heat tolerance on most linkage groups. In this case, GBS was inadequate to track introgression, and WGS appears to be an important complement to GBS, which samples only parts of the genome. Nonetheless, it is a surprise that introgression has occurred in such small segments instead of large blocks, since the small segments imply frequent crossing over between foreign chromosomes and widespread genetic interchange.