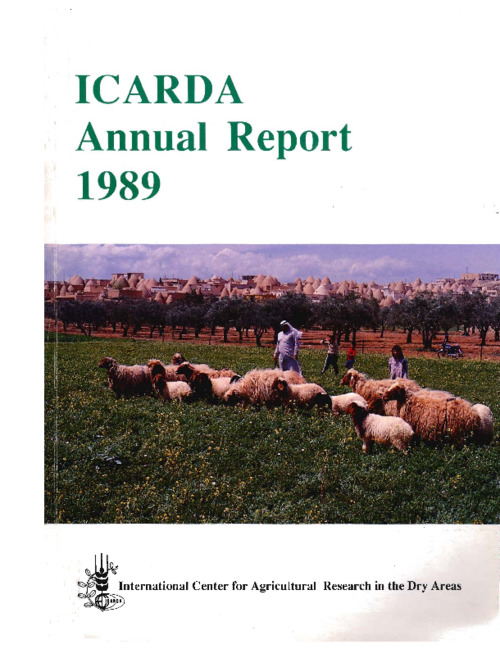 ICARDA's major challenge is to realize sustainable advances in agricultural production in an environment of extremely variable climatic conditions. The past two seasons provided ample illustration of this spatial and temporal varied~ record rainfall in the 1987/88 season produced bumper crops virtually in all countries of West Asia and North Africa, whereas the 1988/89 season was once of the driest on record in several locations including the Mashreq countries--an event aggravated by unfavorable distribution of rain and persistent below-zero temperatures at critical points in the growing season. Elsewhere, good rains were received and satisfactory harvests Laken. Such events confirm the soundness of ICARDA's chosen research options which hinge on developing germplasm and production practices and systems that enable crops to withstand not only the vagaries of the weather but a range of biotic stresses as well. They are also a warning against over-ambitious assumptions of success in cropping lands normally receiving marginal and erratic rainfall. In the pursuit of more intensive exploit.ation of resources, research and production must work with nature, not against it, and take into account the dictates of prevailing conditions and the limitations they impose on the decisions we wish to make. The 1988/89 season, the subject of this Annual Report, though regrettable in several instances from an economic point of view, is a salutary reminder of this need.