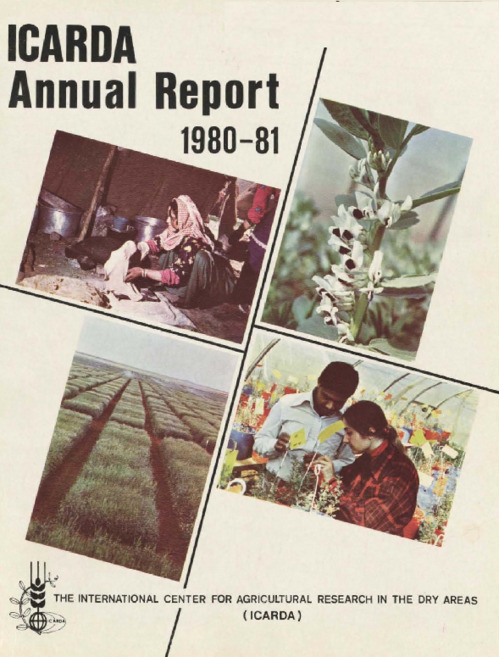 The 1980-81 cropping season at ICARDA differed from the two preceding win tears (one very dry and one very wet) in that the total rainfall was close enough to the long-term mean to constitute an average year It also differed from its predecessors by the rains beginning and ending a month late: starting in early December 1980 and ending in May 1981 instead of the more normal duration of early November to April.