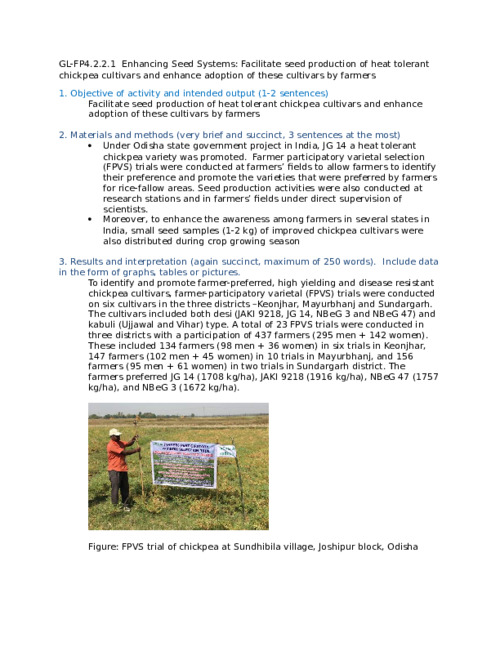 • Under Odisha state government project in India, JG 14 a heat tolerant chickpea variety was promoted. Farmer participatory varietal selection (FPVS) trials were conducted at farmers’ fields to allow farmers to identify their preference and promote the varieties that were preferred by farmers for rice-fallow areas. Seed production activities were also conducted at research stations and in farmers’ fields under direct supervision of scientists. • Moreover, to enhance the awareness among farmers in several states in India, small seed samples (1-2 kg) of improved chickpea cultivars were also distributed during crop growing season