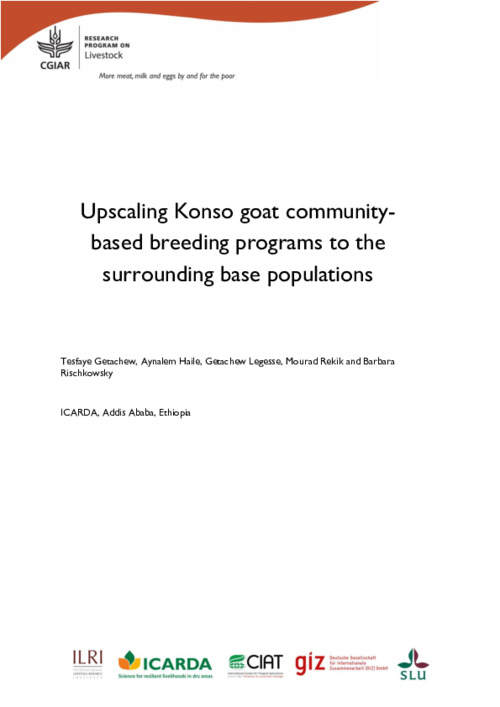 Sheep community-based breeding programs (CBBPs) were started in Ethiopia in 2009. Since then CBBPs has been expanded in many areas in the country as well as other countries following promising results in genetic progress and economic benefit to the community. As part of its expansion, Konso goat community-based breeding program was started in five villages (Arfaide, Baide, Mesoya, Jarso and Tebela Kuchale) in 2013. About 458 households and has been participating in the breeding program. Participating farmers benefited from CBBPs by selling their improved goats for breeding as well as for meat. Regular training and follow-up from researchers, extension agents and the cooperative office helped the community to improve their goat husbandry practices. The genetic progress and benefit observed in the CBBP flocks need to be expanded to the surrounding community flocks. This can be attained by developing a good sire dissemination scheme. Top breeding sires can be retained in a community flock however the remaining surplus bucks need to be transferred to the base in the surrounding flock. Natural mating and artificial insemination were used as a tool to disseminate improved genetics.