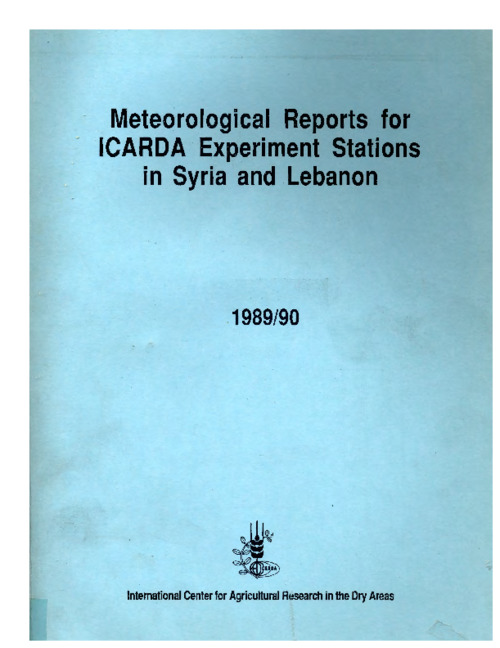 The season of 1989/90 in Nothern Syria was in many ways similar to the 1988/89 season. Overall rainfall was almost exactly the same, reaching about two-thirds of the long-term average. The total number of frost days was also similar, and with around 50, markedly above the average.