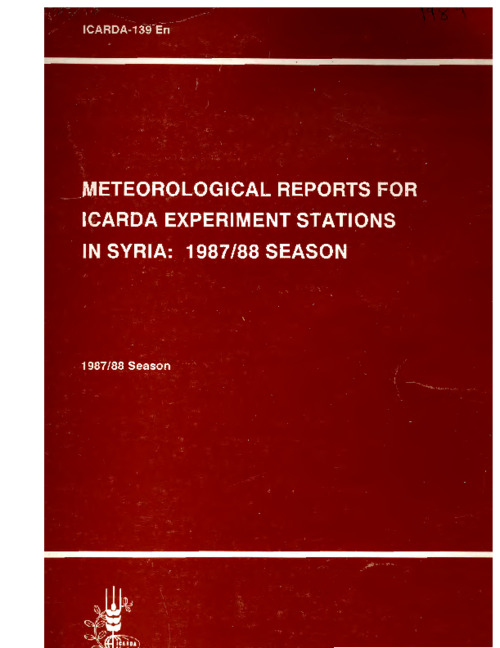 1987/88 was the wettest season in NW Syria since 1940/41 when seasonal rainfall totals exceeded those of 1987/88 by 10 to 20 %. The average recurring interval of seasons with the same rainfall as 1987/88 or more is estimated to be around 30 years. As the increased rainfall was due to increased cyclonic activity and, therefore, was of the adjective type,the relative increase was more pronounced in the drier part of the region: Jinderess ,our wettest site received 48% more than the longterm seasonal average of 483mm;but Boueider ,where the long term average is 212 mm ,had 386 mm,or 81 % more than normal.