Commercialization of Sweetpotato based silage: can women entrepreneurs compete favorably? 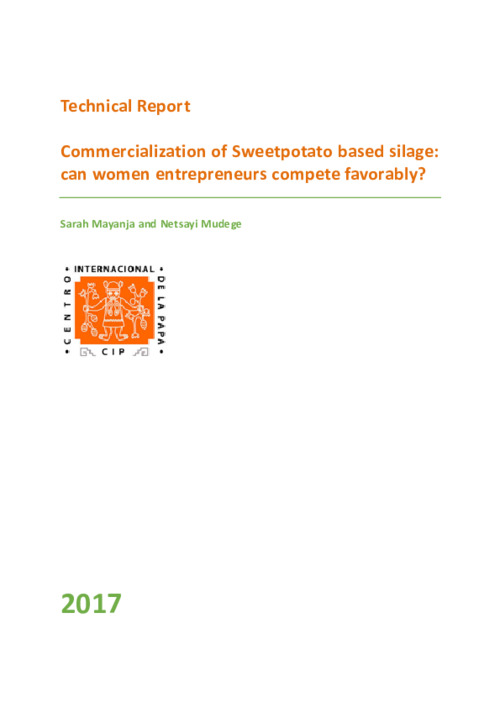 Sweetpotato silage production has been proven to be a viable business, which women and men entrepreneurs can engage in, more so considering that women are already engaged in sweetpotato root production and piggery. Aside from addressing the post-harvest losses incurred from sweetpotato by-products, silage would also address the most economical challenge livestock farmers face, while also generating additional income for entrepreneurs. While a few women silage entrepreneurs had already been identified, in the RTB-ENDURE project it was not clear whether they could operate effectively and compete with male entrepreneurs successfully. Also, it was not clear whether other prospective women entrepreneurs could take up this business opportunity. This study sought to establish if there were gender based differences in the set up and operation of silage businesses, and whether these had an effect on the competitiveness of the business for men and women. Further, the study also sought to establish if there was an optimal client base with regards to projected demand and how entrepreneurs could position themselves to address the demand. The study was conducted in Masaka and Kamuli districts specifically in areas where the RTB-ENDURE project was implemented. A total of 215 individuals were interviewed.