Inheritance of protein content and its relationships with seed size, grain yield and other traits in chickpea 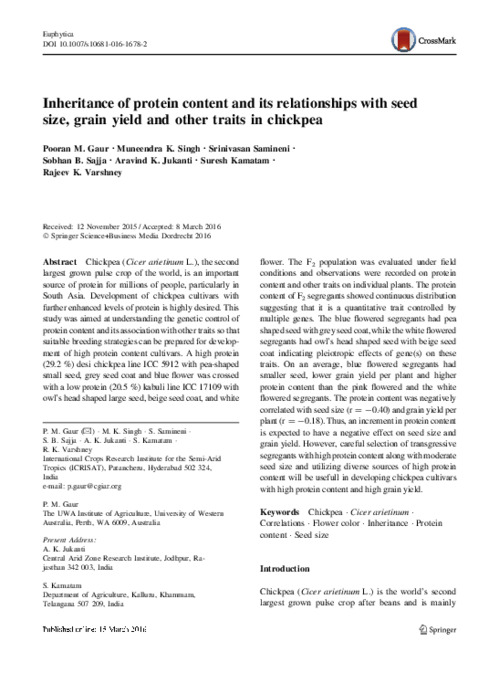