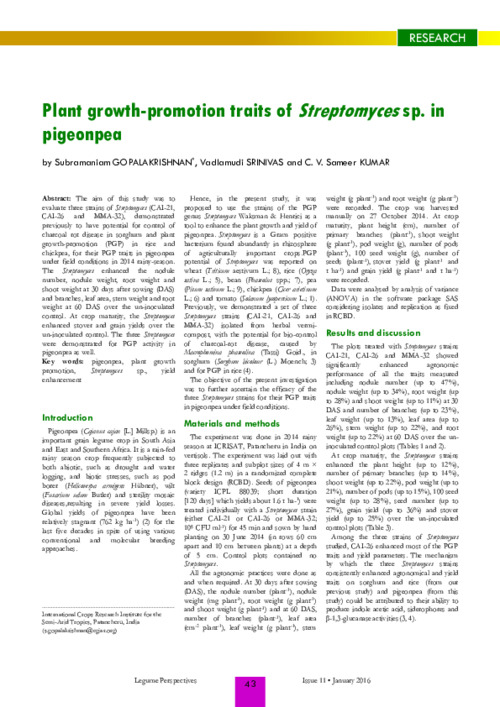 The aim of this study was to evaluate three strains of Streptomyces(CAI21, CAI26 and MMA 32), demonstrated previously to have potential for control of charcoal rot disease in sorghum and plant growth promotion (PGP) in rice and chickpea, for their PGP traits in Pigeonpea under field conditions in 2014 rainy season. TheStreptomyces enhanced the nodule number, nodule weight, root weight and shoot weight at 30 days after sowing (DAS) and branches, leaf area, stem weight and root weight at 60 DAS over the uninoculated control. Atcropmaturity, the Streptomyces enhanced stover and grain yields over the un inoculated control. The three Streptomyces were demonstrated for PGP activity in Pigeonpea as well.