The Halophytic Flora of Syria 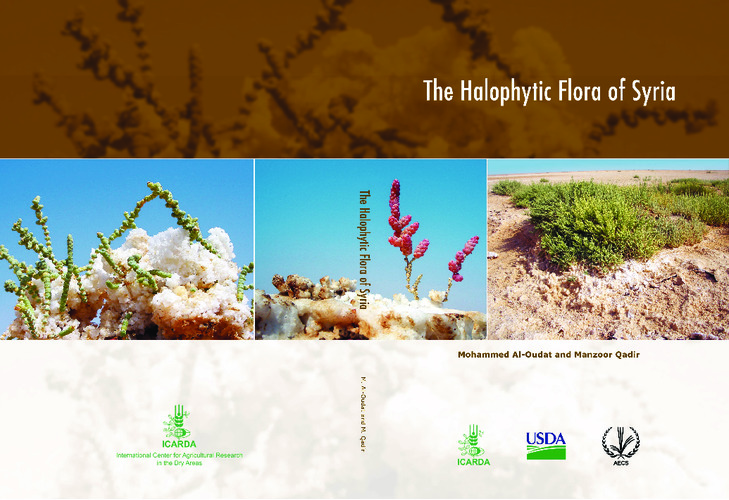 The halophytic flora of Syria fills a major gap in the botanical literature of the Middle East. It presents the first comprehensive list of the country’s halophytic (salt-tolerant) plants – including six species recorded in Syria for the first time. This book aims to serve four functions: to describe the current status of halophytes and their habitats; introduce the reader to halophyte biology and evolutionary adaptations; identify native halophyte species that could help rehabilitate degraded areas (farmland as well as natural ecosystems), and provide a reference for scientists and land management specialists. Halophytes play key roles in the ecosystem. They have been used by local communities for millennia, but their full potential is still untapped. For example, they could be used in the amelioration of saline soils, to rehabilitate degraded ecosystems, or cultivated on a commercial scale for specific end uses. They could be ‘mined’ for genes conferring salt and drought tolerance, for use in crop breeding programs. Syria has a unique diversity of halophytes, found in different types of climax vegetation – in naturally occurring sabkhas (salt-flats) as well as saline soils and inland and littoral salt marshes. However, only limited published information is available on the status, biology, and potential use of these plants. To fill this gap, extensive surveys were conducted in 2005-06, covering every major saline areas in the country. This book presents the survey results, together with additional information from often hard-to-find publications. The book contains two parts. Part 1 is an overview of halophyte biology, describing different types of halophytes and the unique adaptations that enable them to survive in harsh, saline environments. It also discusses salinity and land degradation, including the causes, biophysical processes, and the potential use of halophytes to ameliorate salt-affected soils. Part 2 is a catalog of more than 100 halophyte species found in Syria and elsewhere in the Middle East. It describes the characteristics, distribution, habitat, salt tolerance levels, and traditional uses of each species. Syria has about 110 species of halophytes, belonging to 70 genera and 28 families. They are typically found as ‘vegetation associations’, where two or three species occur together, sometimes in dense stands, forming the predominant vegetation in an area. The book describes the nine types of vegetation associations found in Syria. At least 15 species reported in this book could potentially be used for the amelioration of saline soils. Some of these species could also provide forage for sheep and goats, or raw material for the pharmaceutical and foods industries.