Survival, morphological variability, and performance of Opuntia ficus-indica in a semi-arid region of India 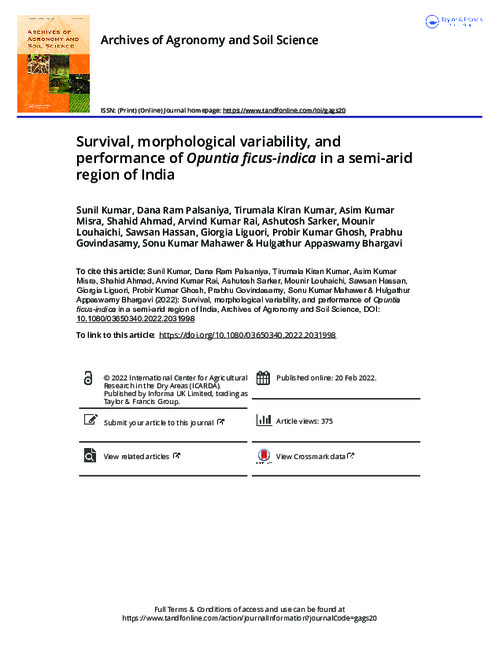