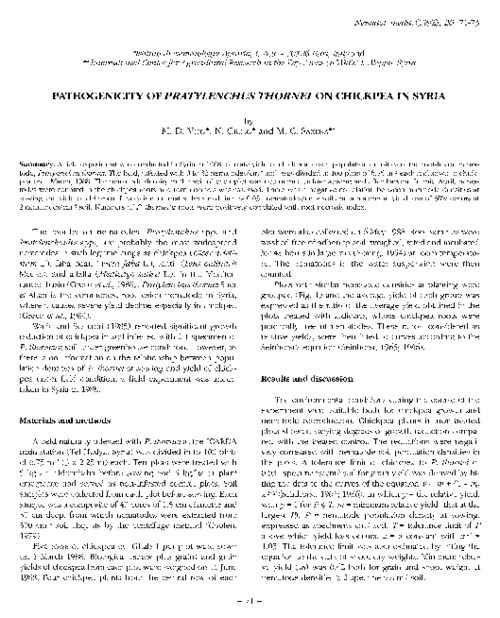 A field experiment was conducted in Syria in 1988 to relate yield of chickpea to soil population densities of the root-lesion nematode, Pratylenchus thornei. The field, infested with 0 to 32 nematodes/cm³ soil, was divided in 100 plots of 6.75 m² each and sown to chickpea on 1 March, 1988. The nematode density in the soil of each plot was determined before sowing and after harvest. In mid April, nematodes were counted in the chickpea roots and root necrosis was assessed. There was a negative correlation between nematode densities at sowing and yield of chickpea. It is estimated that a threshold limit is 0.031 nematodes/cm³ soil and a maximum yield loss of 58% occurs at 2 nematodes/cm³ soil. Numbers of P. thornei/g roots were positively correlated with root necrosis index.