New Perspectives for an Ancient Species: The Chickpea in the Economy and Diet of Mediterranean Peoples. Proceedings of the Conference, University 'La Sapienza', 5 December 1995, Rome, Italy 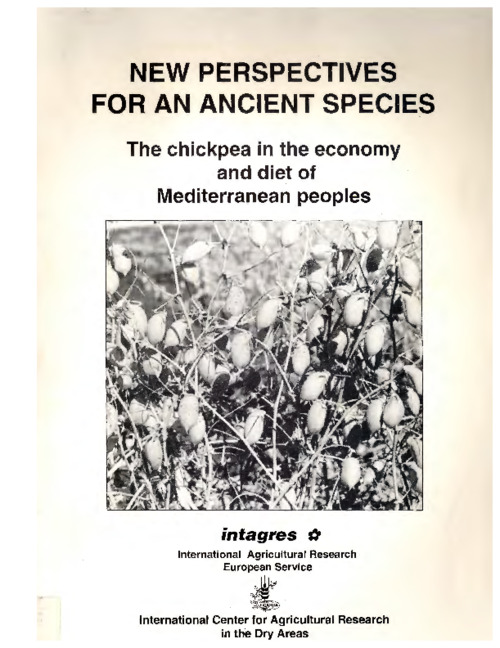 Chickpea was first cultivated about 5000 years Bc. The species originates from the Mediterranean basin, where it is still widely grown. But 90 percent of the world's chickpea growing area is now concentrated in Asia. Along with other grain legume species (beans, lentils, faba beans), chickpea is a basic component in the diet of North African and West Asian countries. Its proteins effectively substitute those present in food of animal origin, such as meat, milk, eggs, and cheese. The history of Italian chickpea cultivation shows a trend shared by other developed countries. Once widely cultivated (180,000 ha in the 1920s and 100,000 as late as The 1950s), by 1993 chickpea was grown on only 4000 ha in Italy. This decline resulted from an increased consumption of animal instead of plant protein and serious problems in crop mechanization