Genetic Variability of Pigeonpea (Cajanus cajan (L.) Millsp.) for Water Logging and Salinity Tolerance under in vitro and in vivo Conditions 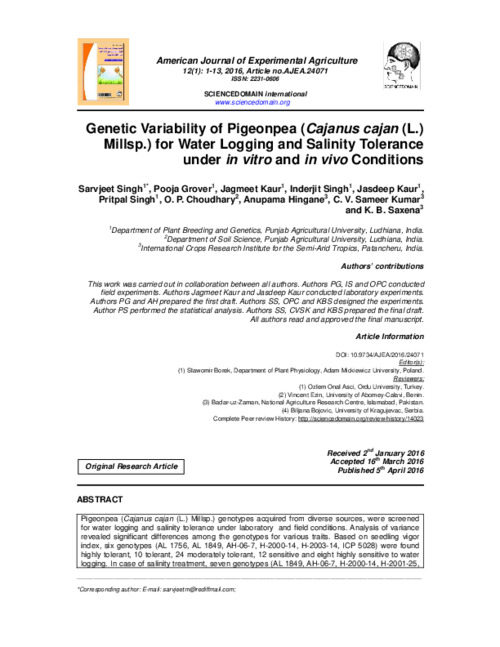