Genetic dissection of seed-iron and zinc concentrations in chickpea 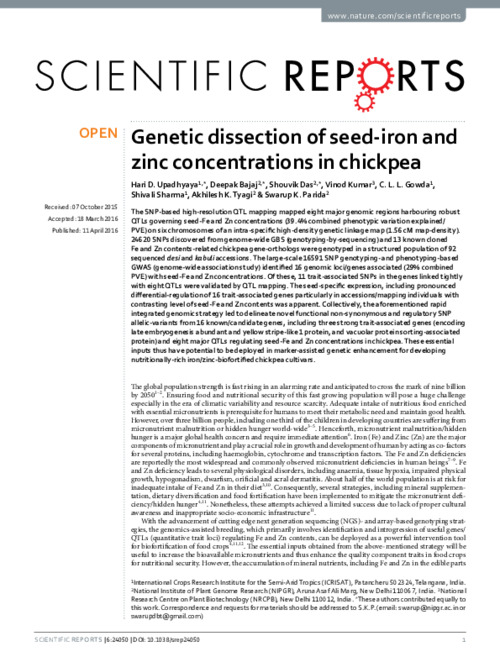