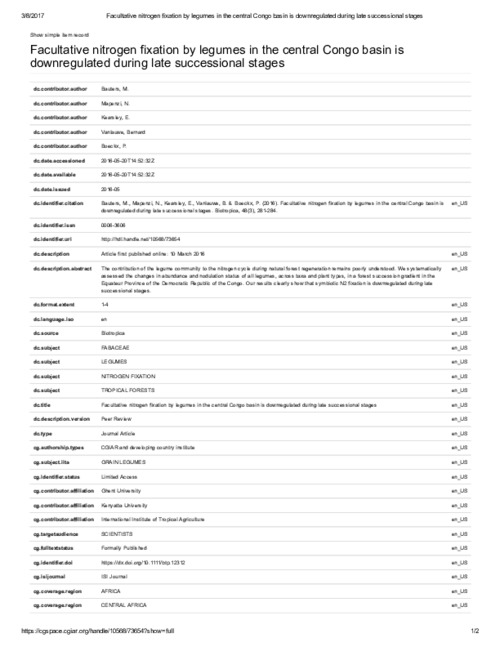 The contribution of the legume community to the nitrogen cycle during natural forest regeneration remains poorly understood. We systematically assessed the changes in abundance and nodulation status of all legumes, across taxa and plant types, in a forest succession gradient in the Equateur Province of the Democratic Republic of the Congo. Our results clearly show that symbiotic N2 fixation is downregulated during late successional stages.