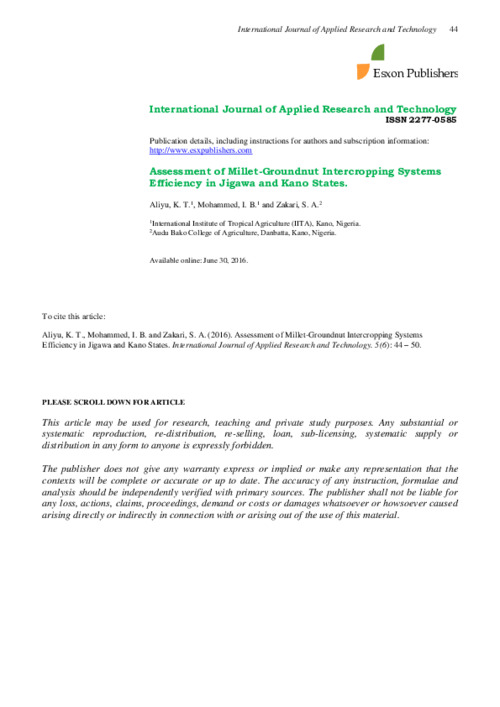 In this study, an intercropping experiment consisting of millet and groundnut was established at Dutse (Jigawa) and Minjibir (Kano) to compare the efficiencies of intercropping systems. Two intercropping systems (2:2 and 2:4; millet to groundnut ratio) were studied in terms of aggressivity, competitive ratio, actual yield loss and intercropping advantage. The treatments were studied under split-split plot design that was replicated four times. The results shows that aggressivity was determined by crop arrangement not by component crop and that the rate of increase in millet aggressivity was proportional to rate at which groundnut aggressivity was reduced. Intercropping advantage was higher and positive under 2:4 system at both trial locations; this implies that the system have a better economic feasibility. Under the same system at Dutse, competitive ratio was higher (1.18); indicating that the crops have a fairly comparative ability for resources competition, in contrast, the reverse was the case at Dutse 2:2 with higher competitive ration difference value of 1.05 compared to 0.69 at 2:4.