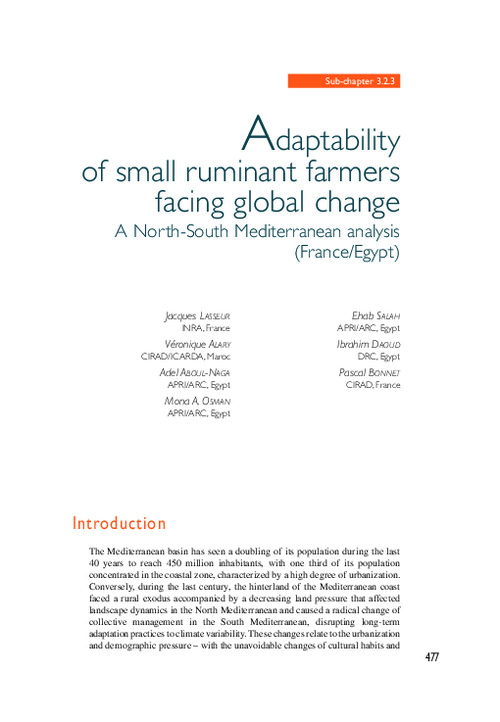 The Mediterranean basin has seen a doubling of its population during the last 40 years to reach 450 million inhabitants, with one third of its population concentrated in the coastal zone, characterized by a high degree of urbanization. Conversely, during the last century, the hinterland of the Mediterranean coast faced a rural exodus accompanied by a decreasing land pressure that affected landscape dynamics in the North Mediterranean and caused a radical change of collective management in the South Mediterranean, disrupting long-term adaptation practices to climate variability.