Genetic variability for root and shoot traits in a lentil (Lens culinaris Medik.) recombinant inbred line population and their association with drought tolerance 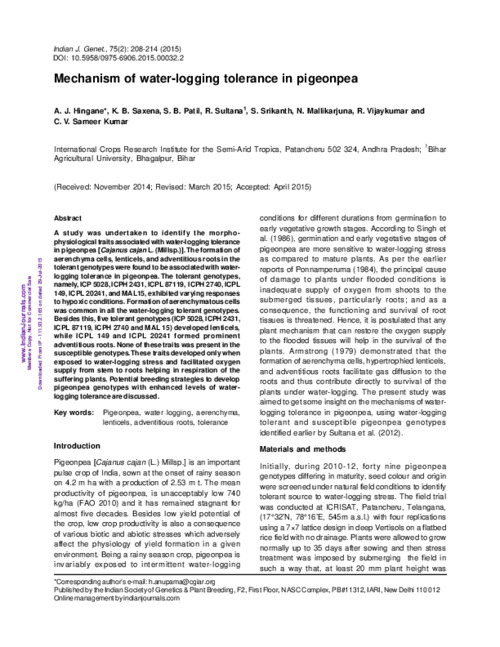 Lentil (Lens culinaris Medik.) is usually grown under rainfed environments and often encounters drought stress from limited rainfall. Little information is available about shoot and root traits in association with drought tolerance. We studied variability for root and shoot traits related to drought tolerance using an F6–8 population of 133 recombinant inbred lines (RILs) from the cross ILL6002 × ILL5888. We found important variation between genotypes and also high variation in heritability values for root and shoot traits at 38 days after sowing the parents and RILs under both well-watered and drought-stressed treatments during two consecutive seasons in the greenhouse. The higher heritability values were obtained under drought stress treatment and suggest that selection in water-limited environments would be more effective in achieving genetic gains. Drought had reduced trait values, except root–shoot ratio that was likely to be enhanced underlying the importance of this trait for drought tolerance. The quantitative and continuous distributions of variation are the evidence for polygenic control of these traits and the possibility of mapping the quantitative trait loci (QTL). Statistically significant associations between root and shoot traits such as dry shoot biomass and chlorophyll content were noted, highlighting the reliability of indirect selection for underground traits (root) based on these aboveground traits in breeding programs. Significant correlations and regressions were demonstrated between dry root biomass, lateral root number, root surface area, dry shoot biomass, root–shoot ratio, chlorophyll content and drought tolerance as estimated by wilting severity from limited water supply. This shows the importance of a well-developed root system and early biomass development for drought tolerance. Identification and mapping of QTL related to studied traits in this population would be a first step for starting marker-assisted selection.