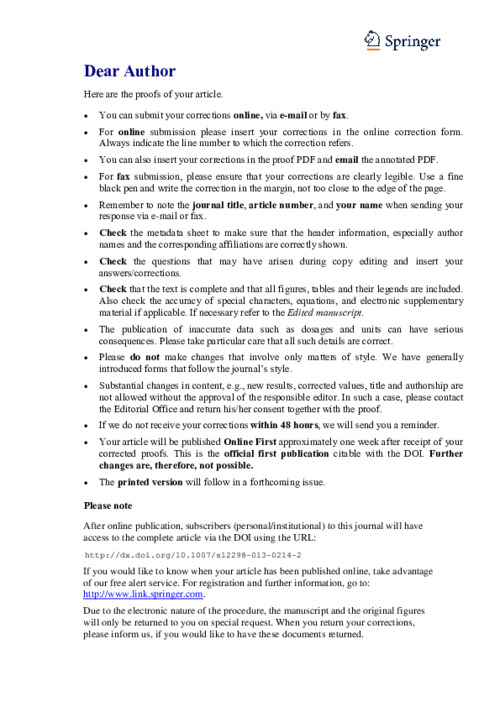 Genetic diversity was studied among 21 accessions of lentil using SSR markers and morphological traits in order to assess the diversification of Indian gene-pool of lentil through introgression of exotic genes and introduction of germplasm. Among these , 16 genotypes either had ‘Precoz’ gene, an Argentine line in their pedigree or genes from introduced lines from ICARDA. Sixty five SSR markers and eight phenotypic traits were used to analyse the level of genetic diversity in these genotypes. Forty three SSR markers (66 %) were polymorphic and generated a total of 177 alleles with an average of 4.1 alleles per SSR marker. Alleles per marker ranged from 2 to 6. The polymorphic information content ranged 0.33 to 0.80 with an average of 0.57, suggesting that SSR markers are highly polymorphic among the studied genotypes. Genetic dissimilarity based a dendrogram grouped these accessions into two main clusters (cluster I and cluster II) and it ranged 33 % to 71 %, suggesting high level of genetic diversity among the genotypes. First three components of PCA based morphological traits explained higher variance (95.6 %) compared to PCA components based on SSR markers (42.7 %) of total genetic variance. Thus, more diversity was observed for morphological traits and genotypes in each cluster and sub-cluster showed a range of variability for seed size, earliness, pods/plant and plant height. Molecular and phenotypic diversity analysis thus suggested that use of germplasm of exotic lines have diversified the genetic base of lentil germplasm in India. This diversified gene-pool will be very useful in the development of improved varieties of lentil in order to address the effect of climate change, to adapt in new cropping systems niches such as mixed cropping, relay cropping, etc. and to meet consumers’ preference.