Development of segregating populations for heat stress tolerance in chickpea 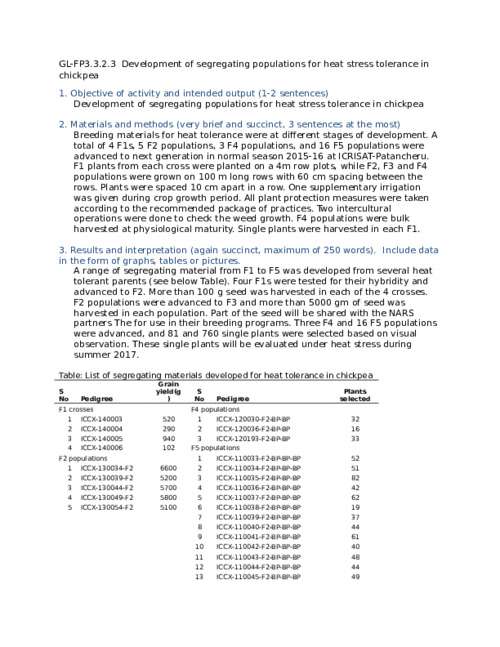 Breeding materials for heat tolerance were at different stages of development. A total of 4 F1s, 5 F2 populations, 3 F4 populations, and 16 F5 populations were advanced to next generation in normal season 2015-16 at ICRISAT-Patancheru. F1 plants from each cross were planted on a 4m row plots, while F2, F3 and F4 populations were grown on 100 m long rows with 60 cm spacing between the rows. Plants were spaced 10 cm apart in a row. One supplementary irrigation was given during crop growth period. All plant protection measures were taken according to the recommended package of practices. Two intercultural operations were done to check the weed growth. F4 populations were bulk harvested at physiological maturity. Single plants were harvested in each F1.