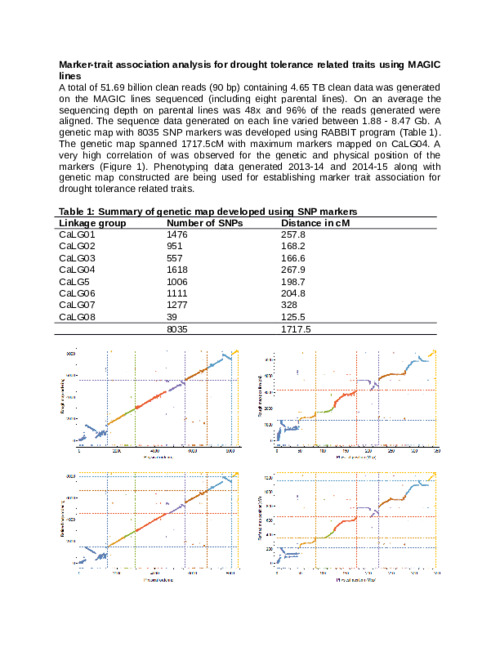 A total of 51.69 billion clean reads (90 bp) containing 4.65 TB clean data was generated on the MAGIC lines sequenced (including eight parental lines). On an average the sequencing depth on parental lines was 48x and 96% of the reads generated were aligned. The sequence data generated on each line varied between 1.88 - 8.47 Gb. A genetic map with 8035 SNP markers was developed using RABBIT program (Table 1). The genetic map spanned 1717.5cM with maximum markers mapped on CaLG04. A very high correlation of was observed for the genetic and physical position of the markers (Figure 1). Phenotyping data generated 2013-14 and 2014-15 along with genetic map constructed are being used for establishing marker trait association for drought tolerance related traits.