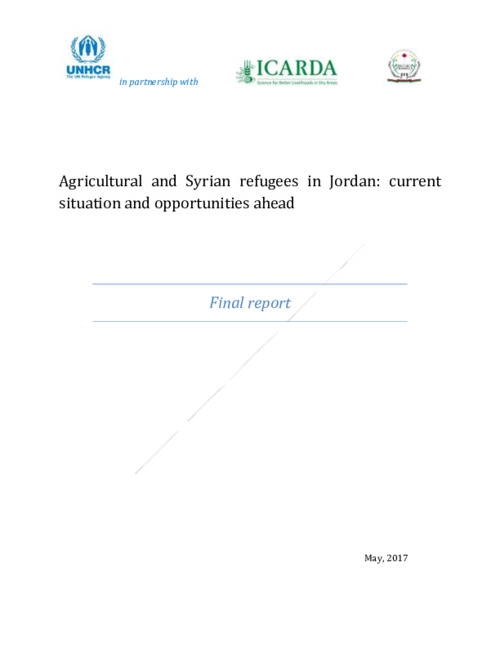 This study was conducted in four governorates of Jordan: Amman, Madaba, Irbid and Mafraq. These governorates of Northern Jordan were chosen based on the fact that IFAD previous investment focused on the South of the country. The representativeness of the wider area, the dependency on agriculture and the concentration of Syrians working in agriculture were the additional criteria that guided the selection of the four governorates. The study aimed at better understanding the livelihoods and socio-economic profile of Syrian refugees’ households residing outside camps and living on farms. To ensure a better targeting and involvement of the beneficiaries, qualitative and quantitative approaches were combined to identify main wealth groups and livelihoods strategies and options: 16 focus group discussions, 8 key informant interviews were performed and 365 households were surveyed using a semi-structured questionnaire.