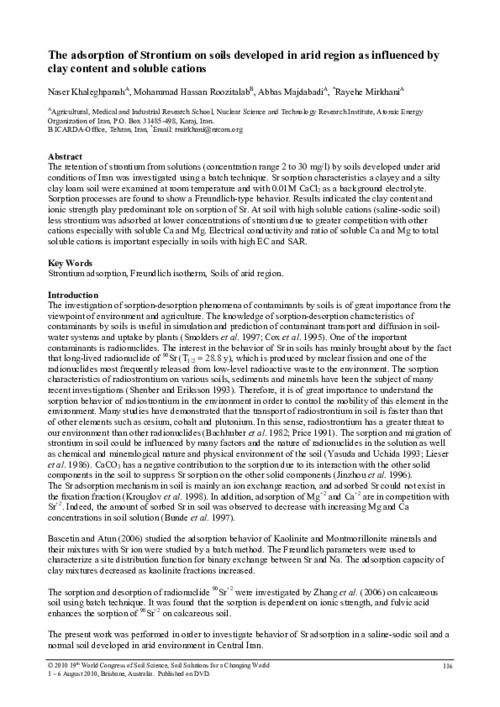 The present work was performed in order to investigate behavior of Sr adsorption in a saline-sodic soil and a normal soil developed in arid environment in Central Iran.