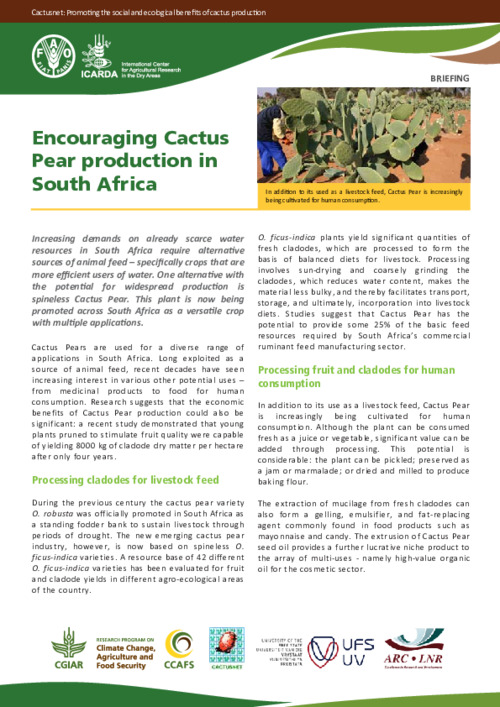 Increasing demands on already scarce water resources in South Africa require alternative sources of animal feed – specifically crops that are more efficient users of water. One alternative with the potential for widespread production is spineless Cactus Pear. This plant is now being promoted across South Africa as a versatile crop with multiple applications.