Exacerbated grassland degradation and desertification in Central Asia during 2000–2014 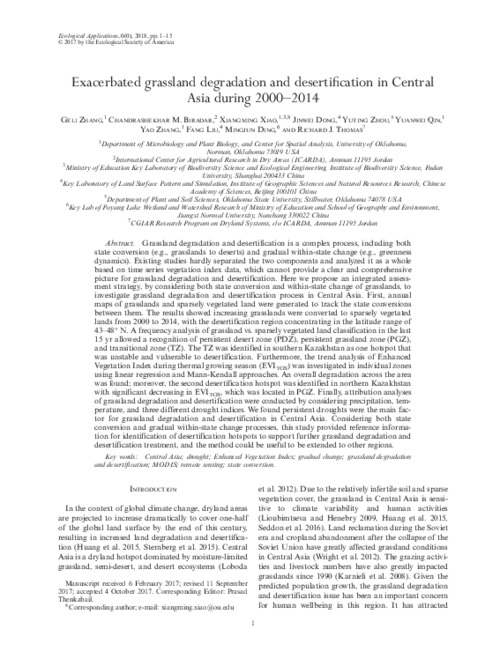